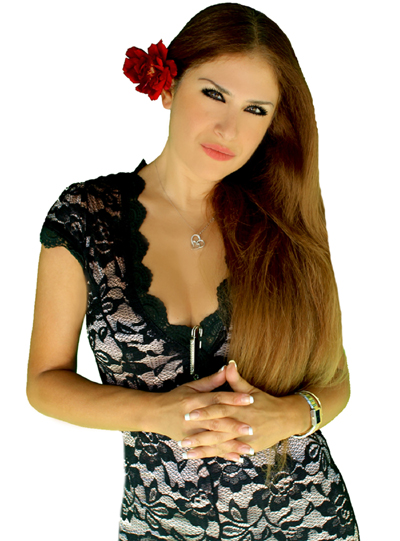 Her name takes part in many Arabic and international companies such as EMI, Melody Music and others and up till now she is still working as a famous independent artist who owns her rights.

Dona Maria has created a worldwide brand from her name as a multilingual singer/songwriter.

Dona Maria, whose name comes from the Brazilian and Spanish muse of the theater, is a Lebanese lady born in Beirut on the 4th of September with no sisters or brothers.

At an early age, she authored a book “The Twin’s Secret Story” that was successfully run-in stores for two years; but Dona Maria wanted more. “I have always been a music lover” she said. In 2000, Dona Maria continued to explore her writings.

As a professional actress her career took off in 2003

Dona Maria’s career as a professional singer and actress took off in 2003 when she stared in the theatrical play of Danielle de Barbarak in 2002-2003. She worked her way from the bottom up and that is how her fans know her.

She has always been serious about her career. The actress, singer and writer love children and always encouraged them to follow their dreams. “The whole world is open to us as long as we work toward something guys”, Dona Maria said.

Dona Maria doesn’t mind listening to other songs or poetries

Dona Maria usually writes her own lyrics and composes most of her own songs music and is passionately involved in the music arrangements as well but she doesn’t mind listening to other songs or poetries and if she likes it, she might sing for other poets and composers as it happened with her first double hits on the music side.

I want to surround myself with music and musicians

“I apply several rhythms in my songs such as: Pop, Rap, House, Turkish, Greek, Middle east and so many others. At this moment in my life, I want to surround myself with music and musicians who are interested in creating new and unique sounds. I want to create magic with my new double album” Dona Maria Said.

Go Tell it a Christmas song

In December 2017, Dona Maria released her single “Go Tell it” and her new double version singles “Escucha Mi”, the Spanish version and “Esmaani”, the Arabic version that was included in her new Album that was released in June 2018 by DM the NO music production U.S.A digitally and distributed physically worldwide by NOVA MD, Germany. Her latest release was a double version album in Arabic and Spanish “Soy Lo Que Soy“, “Akoun Mn Akoun”, “I’m What I’m”, and featured eleven tracks written and composed by the artist Dona Maria.

My new songs are from latest experiences in life and hold messages and deep meaning and I would love to ask my fans from around the world to listen well to the Spanish and Arabic versions to get the meaning and I’m sure they will.

“The answer is a little bit of both. I can be very sweet, loving and sexy” said Dona Maria. “I can also be aggressive and strong as I define my own boundaries. I’m honest and I love people and hope they love me as I am “Dona Maria” an honest person that comes through in my voice and lyrics.

Dona Maria has set new trends with her music

She produces the most artistically and successful music that inspires and entertains fans around the world. In addition, Dona Maria has set new trends with her music and drove fashion trends in her music videos as well. Her history of several released successful recordings of songs and music videos date back over a decade and comprises a collection of music in several languages.

Her mission is to inspire and empower people of all ages and cultures and to lift up their spirit.

Committed to artistry and innovation! Her commitment is to set new trends in music that empowers the audience and allows them to be inspired and to flourish; to add new experience that allows them to deeply explore their inner self and reflect passionately on their self-respect.

She is passionate about bringing meaningful positive change and closely upholds social responsibility setting an example for the new generation.

Her passion for music and her relentless pursuit of unimaginable new experiences drives her to pioneer new excitement and music entertainment that inspires her fans to explore profoundly their self-expression. Her latest release double version album in Arabic and Spanish “Akoun Mn Akoun”, “I’m What I’m”, “Soy Lo Que Soy” has topped the # 1 chart in the Middle East and being considered for nomination by the Grammy Awards for best record of the year. Dona Maria is known for her top hits double version singles, “La Mosh Ayza” & “No Quiero” and “Kedah Hansak & Puedo Olvidar”.

Dona Maria is the music that inspires your self-expression!

Dona Maria’s mission is to inspire and empower her fans and lift their spirit. She is committed to artistry and innovation.
Her commitment is to set new trends in music that empowers the audience and allows them to be inspired and to flourish;

to add new experience that allows them to deeply explore their inner self and reflect passionately on their self-respect.
She is passionate about bringing meaningful positive change and closely upholds social responsibility.

It’s our responsibility to set the example for the new generation and hold the bar high for all generations. Music is the international language that knows no boundaries. It is the language of inspiration!

We all have history but DONA MARIA is a Legend of mystery.

After her successful releases of her double version singles in Spanish and Arabic.

DM the NO Music

The singer, songwriter released her new album in June 2018 titled “Soy Lo Que Soy” translates to “I am what I am”.

The multilingual artist who said NO to all kinds of hurting in life who encourages all to stay positive through her songs, now she let her new songs that comes from her soul out in “SOY LO QUE SOY” “I’M WHAT I’M” “AKOUN MAN AKOUN” 2018 Double version tracks in one Album!

Such the double version Spanish and Arabic ‘No Quiero’ and ‘La Mosh Aayza’.

The double version Puedo Olvidar the Spanish version and Kedah Hansak the Arabic version’s music and lyrics by Dona Maria are very special songs lyrically and musically for the artist.

The first single “No Quiero” featured in “The best Arabian nights party 2007” produced by EMI.

La Mosh Ayza was in the CD “Melody Hits vol.2” produced by Melody Music. ‘No Quiero’ and ‘La Mosh Aayza’ are her good luck songs and they represent a tremendous leap forward in Dona Maria’s extraordinary career.

She loved the challenge since her youth! Soy Lo Que Soy. I am what I am.
She has always been serious about her career. The actress, singer, composer and writer encourage children to follow their dreams.

“The whole world is open to us as long as we work towards something guys”, Dona Maria said.
Dona Maria has been featured on the cover magazine in many publications around the world and has entered the hearts of many fans.

The artist singer songwriter Grammy member and the Founder and the CEO of DM the NO music, LLC says that she’s not the Dona Maria Mexican Restaurant, or dona maria sauce,  dona maria recipes, dona maria mole owner.

You may have missed 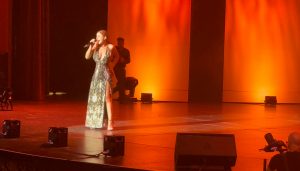 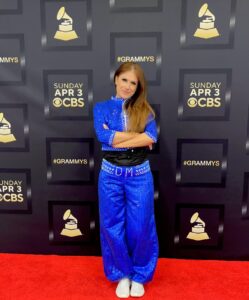 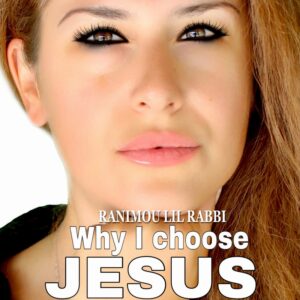 Why I Choose JESUS?